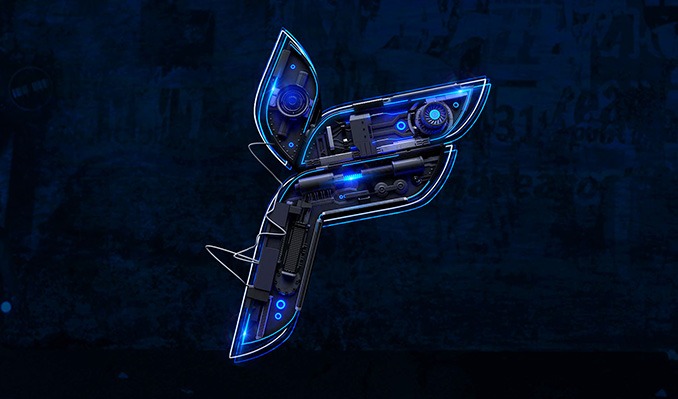 FERRY CORSTEN ‘WHAT THE F’ – A JOURNEY INTO THE FULL REPERTOIRE OF HIS EXPANSIVE WORK!

What The F is the culmination of Ferry Corsten’s work “rehashed, remixed, reinvented with a futuristic approach.” This new open-to-close live show will be the first time in Ferry’s career that fans will have the opportunity to experience every aspect of his diverse range as a DJ and producer. Witness Ferry segue across the various genres that make up his entire work catalogue to create a unique show that infuses the past with a future approach. What The F is the absolute and complete Ferry Corsten fan experience.

Forget everything you know about the phrase "International DJ," and allow yourself the pleasure of meeting Ferry Corsten.

The Dutch superstar has consistently been voted one of the top 10 DJs in the world (according to DJ magazine's definitive Top 100 DJ chart) for five years. He's played for hundreds of thousands of fans "sometimes at once " in amphitheaters, fields and nightclubs from Australia to Russia to white-hot Ibiza. He took the party island's "Best Trance DJ" prize at the annual DJ Awards ceremony this year and two years ago; got tailed by some road-tripping fans on a Southern Comfort-sponsored, 26-city bus tour of America; and had his life's work  interpreted in music, video and dcor at his annual Masquerade event "Full on Ferry", at 12,000-capacity arena Ahoy in his hometown, Rotterdam, The Netherlands.

It's all in a year's work for the man who's been called the "architect, pioneer, and instigator" of trance music's global dominance.
But within the close-knit international DJ community, Corsten's regarded as something else too: A studio auteur with a fierce sense of sonic rightness; a real-deal producer who works solo, sans engineer, and creates the most complete, energetic, melodic records in dance music. His style is so singular that synthesizer manufacturer Roland commissioned a Corsten sound bank for their new SP-555 sampling unit. But it's so broad that it could meld with Public Enemy's classic cut "Bring The Noise," on a Corsten remix that Chuck D himself called "the ultimate concoction of space, energy and lyrics."

The world first experienced Corsten's dance floor wallop in 1999, when the young and hungry artist created aptly named track "Out Of The Blue" (recorded under his System F moniker). It was the first of his eight Dutch gold records, and 10 U.K. Top 40 hits, the most ever by a trance producer. He released his debut album, "Right Of Way," in 2003; and the groundbreaking "L.E.F. " containing Duran Duran collaboration "Fire" in 2006, which debuted at No. 1 on the iTunes dance chart.

A keen sonic curator, Corsten serves as the head honcho for his record labels, Flashover Recordings, Aleph, Boom tssjak, and Levare.On his new XM Radio show, "Corsten's Countdown," he debuts new tracks every week and lets his faithful listeners " on the radio, and online " vote on their favorites for the month's final chart. The show is the first of its kind to engage fans worldwide, and give them a direct hand in predicting and creating hits.

Corsten has also used his high profile for good, serving as an ambassador for the KidsRights Foundation, which increases awareness of the plight of disadvantaged children worldwide. He boasts his own clothing line, Signature F, via Washington, D.C.-based iKY Clothing.

Is Ferry Corsten a globe-trotting, club-packing, beat-dropping superstar DJ? Most definitely. But that's just the beginning of the story...one that's still being written.

FacebookMySpaceAmazonOfficial Website
*Service and handling fees are added to the price of each ticket.
Buy Tickets