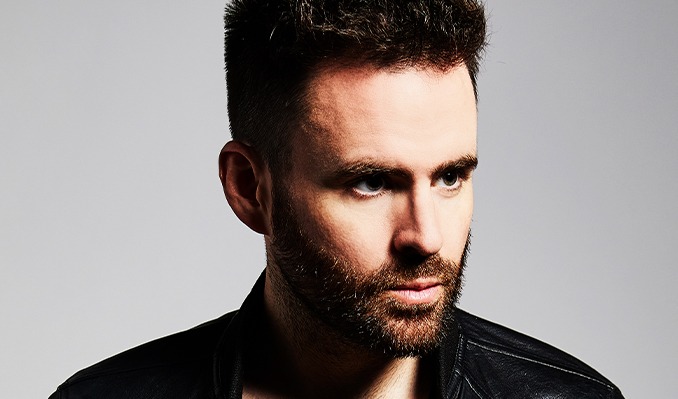 'A good melody can change the world' - the philosophy behind Gareth Emery. This year we saw him DJ the closing ceremony of the European Olympic Games, host his first festival stage at Australia's infamous Stereosonic, and release his highly anticipated third artist album '100 Reasons To Live' . With 5 million records sold worldwide, 3 iTunes USA #1 albums, and a social media following of 4 million+, Emery is now a certified dance music legend, and it all comes down to one thing... music.

On April 1st, 2016 Emery released his third artist album 100 Reasons To Live - which scored a #2 on the Billboard Dance Chart and was #1 in 19 countries on the iTunes dance chart! Already with millions of streams on Spotify and the lead single being played in over 35 million homes via MTV, 100 Reasons To Live has surpassed the high success of his previous albums (both US iTunes #1's) and sets only to continue. His project CVNT5 which features on the album has been the most viral dance music video of the year, with over one million views in its first week. It isn't just his phenomenal new album that has been making waves, it is also his role as curator of the hottest EDM brand of the year: Electric For Life.

Beginning as a radio show, showcasing the best of electronic music regardless of genre, the unprecedented popularity of the brand soon meant it was selling out shows (13 across the globe including his largest ever solo show at the legendary Shrine Auditorium in Los Angeles), hosting festival stages (Stereosonic), and raising over 100,000USD for various charities via its hugely popular merchandise line. To celebrate one year of the brand Emery hosted a 24 hour live broadcast named #EFLDAY which featured 50 industry superstars including Armin van Buuren, Above & Beyond, NERVO and many more.

With a remix album, world tour, and his next solo EP project set for 2016, Emery's domination is set to continue.

TwitterMore InfoFacebookOfficial Website
*Service and handling fees are added to the price of each ticket.
Buy Tickets